Doris gives off an intense and enigmatic aura wherever they go. They are a middle aged woman with sharp, vulpine facial features and a gravity-defying tuft of blonde hair, almost always bearing a circular pair of glasses and a mysterious smirk.

They are just a little short and have an unremarkable bottom-heavy body, though both their arms and legs are chromed artificial appendages that make no attempt to disguise their nature. Indeed, she has many smaller cyborgisations including inputs on her temples, and a pair of snake-like sensor probes extending from her lower back, adding to the cult-like aesthetic of the prim and proper grey/blue robes they are fond of wearing.


Mercurial and macabre, always seeming on the edge of laughter, Doris can seem a little disconnected from reality. They can be friendly and even outright motherly on occasion, but getting too close always seems to reveal the threads of some greater, arcane plan. It certainly seems as if they are immune to pain, and indeed, they won’t hesitate to put others at risk if the ends seem to justify the means.

They are a true believer in the Magnetic Assembly’s goals and somewhat of a figurehead for those on Hawking who have embraced the more religious aspects of the organisation’s code.

+ A mastermind of robotics, exotic wave forms and the human body.

- Priorities are way too chaotic, darting between logic and pure aesthetics.


Born to wealthy parents on the Alliance planet of Atlantica, Doris is from a long line of doctors, and was very much expected to become the same. They fought constantly for recognition against their brother Mathew, but ended up dragging behind him in terms of achievement by their mid-twenties. Pressure to succeed and earn their own way resulted in a slew of over-the-counter medicine addictions, and some increasingly risky ideas of transplantation using auto-DNA adjusting cloned organs.

After one of their patients died without actually approving of this procedure, Doris was bailed out legally speaking, but found themselves quietly shunned from the family…

Living alone, it was exactly two weeks before an occult religious organisation kidnapped this rich girl, not realising that they’d stumbled upon a black sheep of the family that was never going to earn a ransom.

At first using her medical expertise to bargain their way out of simply being killed, Doris became more and more involved with the 'Brotherhood of the Star Children' until they made personal friends with the leader, Prophet Leyland.

The cult was seeking to communicate with beings from another dimension using some dumb séance and candle stuff, like every other cult in history, but what if she used her knowledge to really let their monks expand their sensory perceptions?

Human experimentation. Willing, as much as those who belonged to a cult like this could be willing, but still just as dangerous. Doris slowly converted themselves into a cyborg, simply to better withstand the space-rending forces involved.

On the cusp of some unholy breakthrough, a police raid burst into their headquarters and put a stop to both the prophet and these experiments. Now effectively corrupted no matter what plausible deniability could be levelled against the cult, they fled public attention to Planet Hawking, a potential political firebomb where Alliance police had less jurisdiction.

Doris used some old and new connections to join SEER during the early stages of the Echoni program, acting as Dr.Caxia’s assistant for several years. Though they did not invent the microscopic, trans-dimensional Exophages as a power source, they were certainly very influential in turning the research towards transhumanism and extra-dimensional effects. Echoni designs became more humanoid under her wing, more intelligent and capable of emotion, but also possessing new and strange reality-bending powers.

As luck would have it, this aligned with the Magnetic Assembly’s goals just as her peer Caxia was elected into power on Hawking. The woman was accepted as a full Machine Exemplar, and fully embraced this new role by becoming an active preacher of the cult’s more arcane virtues. 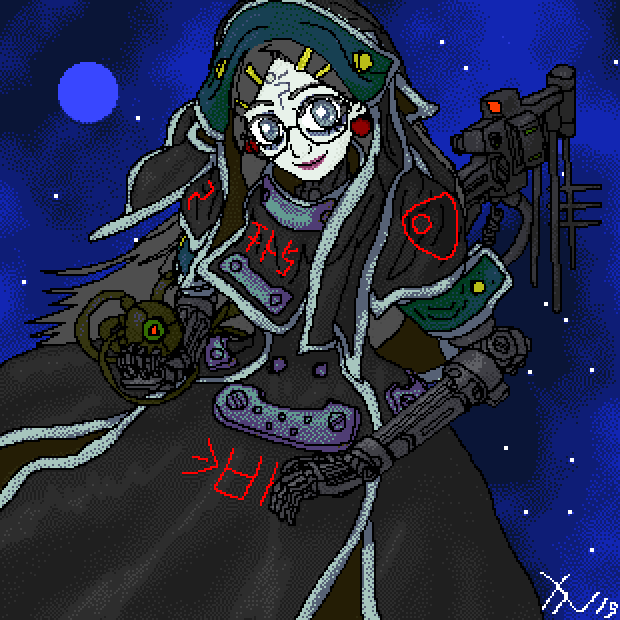 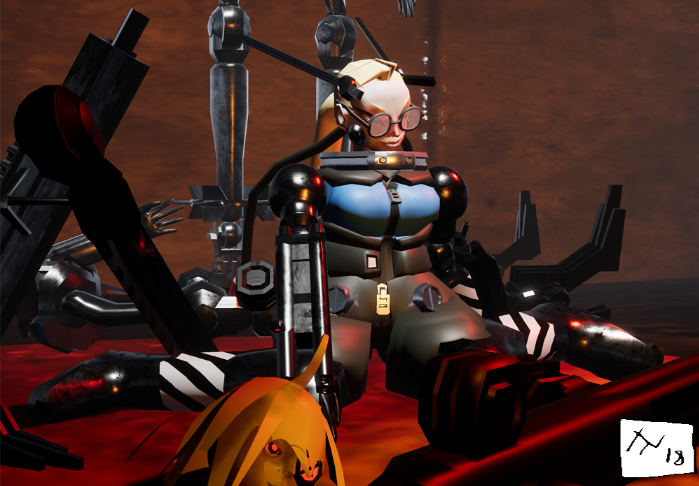 This page has been seen 252 times.