Kitezh (Russian; Китеж) is an inhabited planet in the Yasny system. The first waves of colonists arrived in 2117 CE, numbering 200,000 by the end of the first Earth year. The population at the time of publication stands at 12,611,352, declaring the colonisation a resounding success despite environmental obstacles. Upon formal territorial establishment, the new Soviet Union evolved into the CCM.

Its name originates in old tales of a legendary Russian city, Kitezh-grad, which was to be besieged by the Golden Horde. The inhabitants gathered in prayer, calling on God to save them and their city from certain doom. Shortly after, water began erupting from beneath the soil. It continued to rise until the city was consumed by it, leading to its disappearance.

Compared to the other celestial bodies of Yasny, Kitezh has an unusually elliptical orbit - leading to its well known ‘hyper-seasons’. Winter takes the shape of a decennial ice age which dominates the orbital cycle, while Summer only takes place at the periapsis and lasts for approximately 9 Earth months. Due to the eccentricity and magnitude of the star, 1 Kitezh year is equivalent to 10 Earth years. Furthermore, Kitezh has the highest orbital inclination in the system, causing it to avoid intersection with the paths of other celestial bodies. It is a super-earth, approximately 2.4 times the size of its Sol counterpart.

This planet is also the origin of Aos Si (Ауси) within Soyuz territory; they were found locked in a battle for survival against the harsh frigid climate and hordes of risen dead. Having been inducted into the CCM, they have become model citizens that the people of Soyuz are proud to call comrades.​ 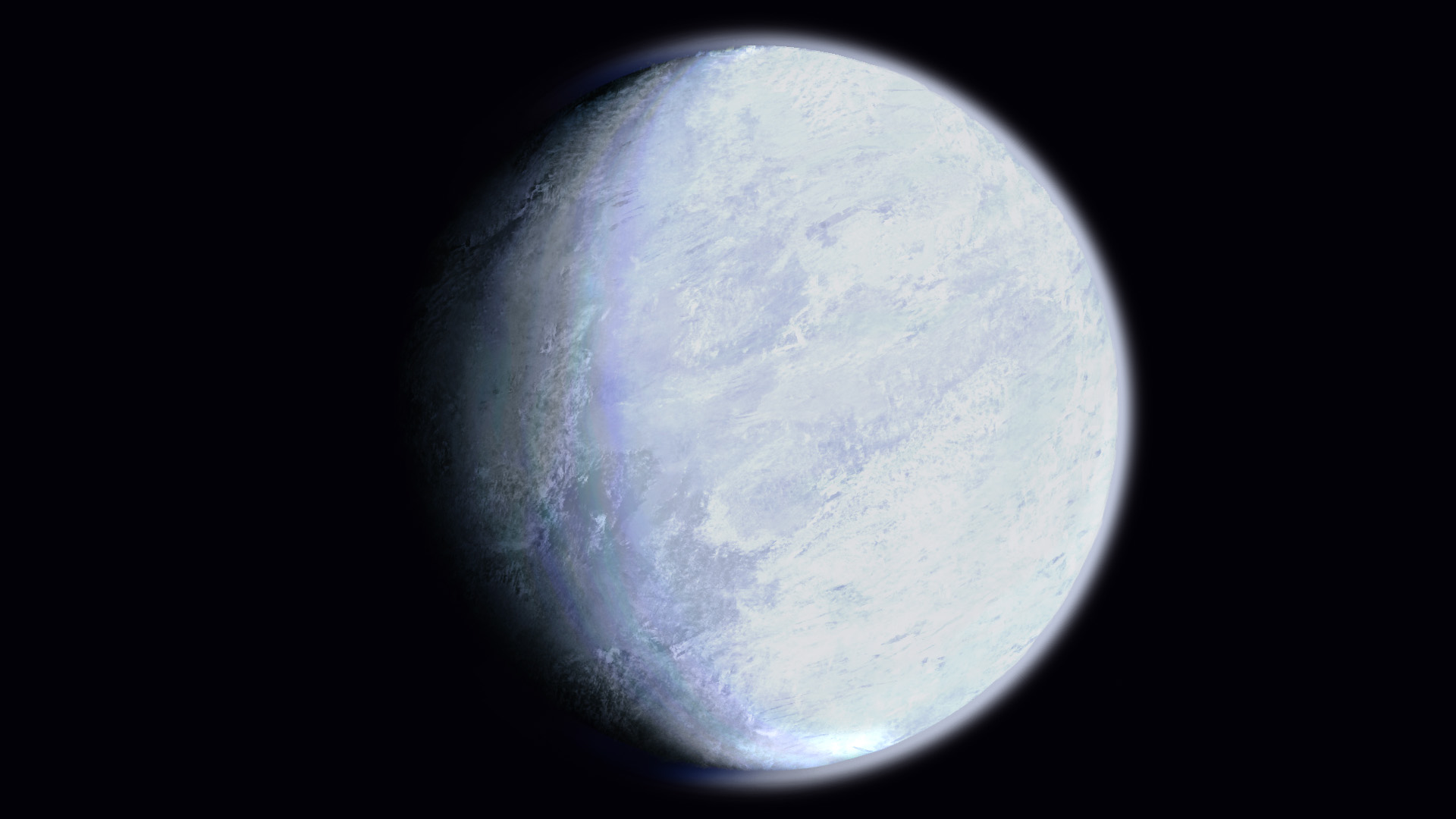 The cold of Kitezh is said to instil shock into the bodies of those arriving for the first time; inhabitants with a spiritual disposition refer to it as ‘purification’. Echoing back to the tale of Kitezh-grad, it is said that only those pure of heart and spirit could lay their eyes upon it.​


Kitezh has 4 primary population centers on its frozen surface, as well as a number of smaller concealed settlements and outposts. Most are located in the northern hemisphere.


Chekhovsk​
​
The first human settlement of Kitezh, later the capital city. It is the 3rd largest city within the CCM, at approximately 6,755km2, home to the Presidium of the Kitezhan CNS (extension of the Soyuz central government). It was previously known as Izkhod-1, until 2134 CE, when Kitezh was beginning to spawn additional urban areas. The city is located on a foundation of permafrost soil between Kogti Mountain range ('Claws' range - a vivid and sharp stretch of topography to the east of the city) and Lebediny Pokrov ('Swan' sheet - a vast ice plain visible from space to the south west). The Chekhovskiy region is always frozen, being too far north from the equator to thaw during the summer.​

​
Novoyakutsk​
​
Located on the border of the Thawing zone at the equatorial threshold, Novoyakutsk sits on a permafrost base near a large frozen lake. The city was planned to specifically be constructed at an elevated altitude to avoid Thaw flooding, while also being located near liquid water during the hot season. Novoyakutsk is the primary supplier of equatorial ice for Kitezhan urban centers, which is melted at its destination to become drinking and industrial water. It is currently the second largest city on the planet.​

​
Senegorsk​
​
The third largest city on Kitezh, also the highest altitude settlement. Senegorsk is located atop an ancient, long dead volcano. Initially a weather outpost, it has steadily grown into a mining town once numerous ore veins were discovered hidden within the frozen rock beneath. Senegorsk contains a considerable industrial union presence, hosting the majority of manufacturing facilities while Chekhovsk is home to their major planetary offices.​

​
Palatinsk​
​
The fourth largest city of Kitezh, located on the opposite side of the Kogti mountain range from Chekhovsk. This is a spillover area for the population of Chekhovsk that has spawned its own urban area. It stands out for having dedicated interiors for hydroponics and farming, creating large indoor greens and parks which are rarely seen in higher tech cities such as its larger siblings.​


​
The most noticeable object in the orbit of Kitezh is the M-Beam Nexus relay, an elaborate web of large satellites in low orbit which are linked to a central Nexus - a station which can be seen with the naked eye from the planet's surface. The CCM has been using far-field microwave beamed energy transmission as a primary source of electrical power for over 70 years, opting to construct a duplicate of the original M-Beam infrastructure over its colony world in order to ensure energy security. The Nexus is always manned by humans and droids, working together to oversee the smooth operation of the relay.​


​
A large enclosed-dock station in mid-orbit, the Polygon offers a great variety of services to vessels and settlers of the Yasny system. Initially constructed as a warehouse for supplies delivered to the Yasny system (later refurbished to provide housing for workers of the Nexus relay), the port has expanded into a self contained orbital city. A substantial portion of Polygon Orbital is residential, with many individuals finding comfort in the steady rotational gravity and recreational facilities on offer, particularly after being stationed on desolate, heavier gravity worlds such as Soroka or Molot. As well as markets, trade depots, clubs, bars and competitive sport facilities, the station offers transport services ranging from SLE-Kitezh transit to Polygon-Earth system jumps. Perhaps as lawless as Soyuz territory gets, laws and regulations are left less strict on this station for the purpose of providing a well deserved release for CCM citizens, who normally adhere to strict rules and procedures on a daily basis. That being said, Polygon security is still tight - and not hesitant on using nightsticks to take teeth as souvenirs.​


​
Due to the questionable orbit of Kitezh, its hostile environment and a lack of nearby moons, Soyuz had to sacrifice additional resources to enable the construction of an experimental SLE. With a prognosis of Earth CNS Ministries being that the CCM would suffer a net loss on refuelling costs and travel times between a surface-based SLE and Kitezh, the Industrial Unions and Science Institutes were contracted to establish a vacuum-based SLE in the far orbit of Kitezh. The project was completed in 2126 CE, with the first working version appearing as a widely spread metal fishing net with a mind-numbing quantity of space-grade equipment set up on board. It was dubbed 'Chukotka-2' due to the common understanding on Earth that Kitezh was a very distant, frontier wasteland of snow and ice. After several revisions and experimental advancements, Chukotka-2 became a Push/Pull SLE with shifting polarity infrastructure, allowing it to both propel vessels to other systems as well as course correct near-miss trajectories in its sphere of influence (due to Chukotka-2 being just out of reach of a full link with Orcus in Sol). Over time, Chukotka-2 was redesigned into a dense ring and bloated to the size of an average cruiser vessel, now under constant protection and supervision of a dedicated customs fleet.​ 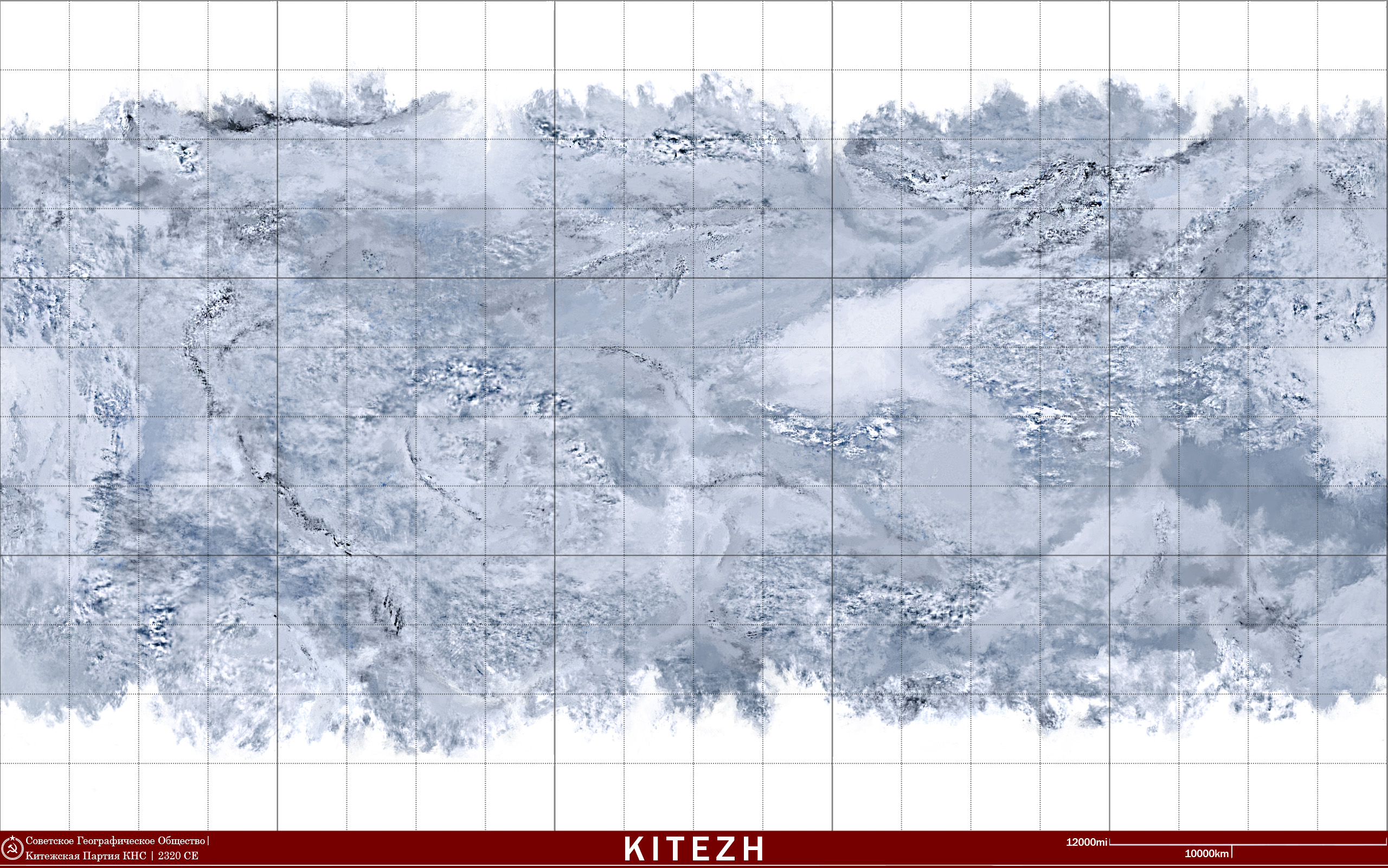 This page has been seen 235 times.