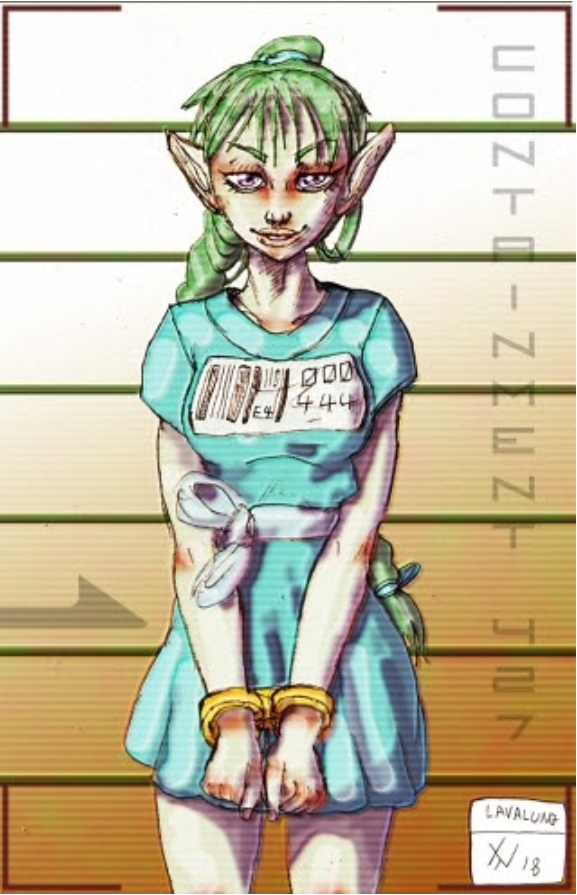 444 has a lean body with dense muscle. She has been seen with her green hair in a variety of styles, though she appears to prefer a braid. Her eye color is a dark purple and her elven ears distinguish her from a normal humanoid. She stands about 5 foot 11 and lacks any cosmetic markings such as piercings or tattoos.

In early observation, 444 was noted to be highly aggressive. Her interactions with instructional robotics, other Echoni, and even other objects tended to begin with violence. Some of the staff in Bio-Fabrication Facility A#17 even started referring to her as “Usually Smashes Once” instead of her numerical designation of 444. Early interactions with another highly aggressive Echoni, number 515, showed a strong curiosity, will to dominate others, and fast action on her impulses. Prolonged observation and long-duration isolation have resulted in 444 showing greater restraint in resorting to violence as a first resort in situations where she feels uncertain about the outcome.

+ Extremely strong, fast, and durable.
+ Excellent senses,
+ Decisive
- Thinks everything is about her
- Aggressive
- Inexperienced 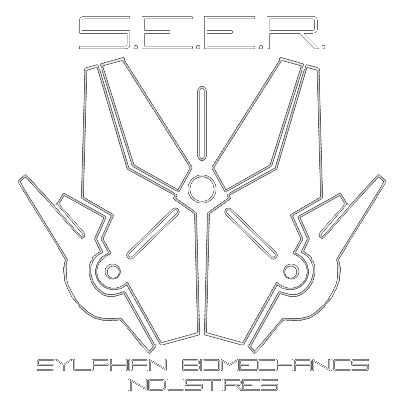 Internal service notes are AUTHORIZATION LEVEL ORANGE. Do not share with unauthorized personnel.


The initial boot-sequence for 444 went as expected and she has picked up the basics of language quickly, though it is clear she is lacking in vocabulary. Our initial exposure of 444 to unit 549 has resulted in 444 punching out some of 549's teeth and the loss of one of our security robots. We will have encourage the development of her personality beyond just punching things. She also appears to be highly aggravated by restraints and we should be looking into other methods of restricting her movement.


444 destroyed the training robot when exposed to it. This is normal for aggressive type Echoni and we have responded by taking away her things and re-introducing her to Mr. Trinket.


It has taken nearly two months for her to stop destroying Mr. Trinket when we introduce him into her room. That's nearly four times as long as other Echoni. We really need to get a more durable Mr. Trinket. 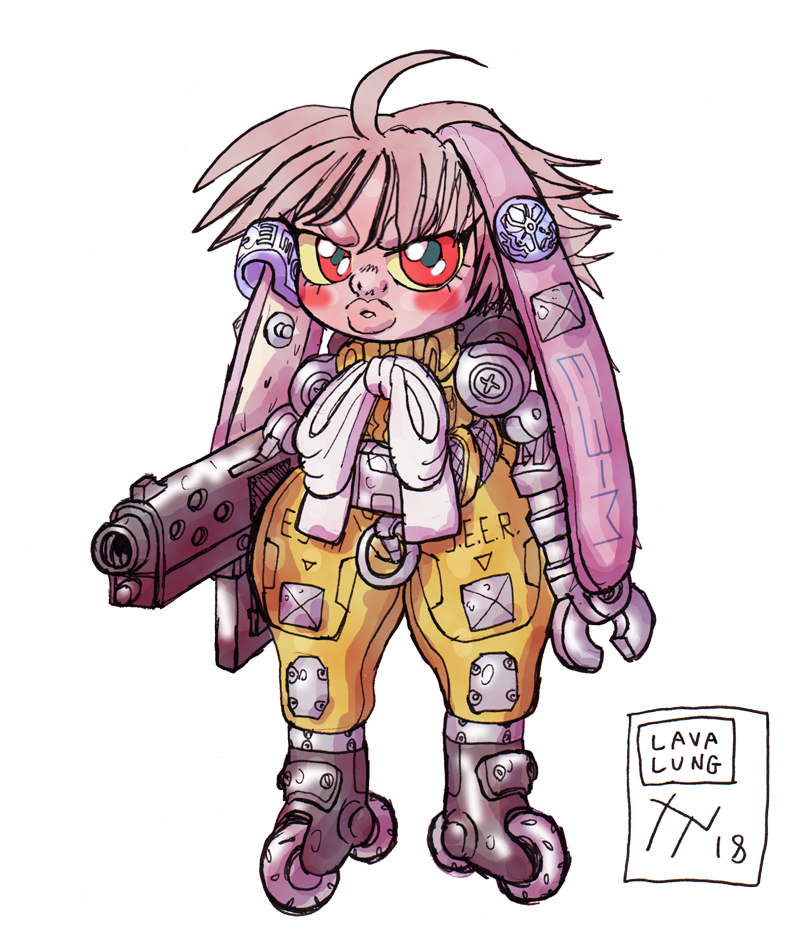 
Exposure of unit 444 to unit 515 was interesting. Rather than immediately engage in confrontation they exchanged knowledge about hair ties and then engaged in what looked like play wrestling. Unit 444 appeared to employ psychological warfare by kissing unit 515 prior to arm wrestling her hard enough to throw her into the wall and cause damage to her arms. They had wagered ownership of one another for this fight, and 444 proceeded to mark 515 with a bite on her shoulder near the neck. 515 appears disrupted by the encounter, though 444 not immediately reacting with violence is a large improvement.


444 sabotaged the locking mechanism on her room and was able to escape. She captured two members of the development team, stole 45 lbs of juice boxes, and then attempted to break 515 out of her room so that they could consume the boxes together. 444 will be placed in isolation until we decide how to proceed


Unit 444 is not to be given any physical objects, or to be allowed to have interactions with security drones. Do not allow 444 to interact with other Echoni units unless sanctioned by the administrative staff.

SERIOUSLY STOP IGNORING THE NOTES ON 444's FILE! The only reason we haven't had fatalities at this facility is because we have gotten lucky. Don't let 444 get her hands on anything! Not our robots, not clothing, not OTHER echoni, and ESPECIALLY NOT OUR STAFF. Her ability to circumvent security measures is not to be underestimated. Anything that is exposed to her hands is something that she can wreck. We've had to redesign her cell door six times already just to keep her from breaking out. She's going to kill one of you someday and it'll be your fault for letting her get ahold of your PDA, your pen, or your napkins.

Heram Wazu has expressed great interest in seeing that our experiments play out to their conclusion with this unit. She will be returned to service and carefully monitored.

The other Echoni appear to follow instructions from unit 444. 444 also seems to be reasonably able to carry out tasks as long as she is kept entertained. I will be allowing deployment of 444 on a previsionary basis under close supervision Care will be taken to ensure she doesn’t influence the other Echoni too much. Fang will also be assigned as a caretaker to further keep an eye on this unit.

Heram Wazu wishes to have unit 444 deployed as often as possible, undoubtedly he is looking to jump start any exhophage-related memories in this unit. She seems to understand that attacking us would be very bad for her, and getting her away from concourse Alpha will reduce the number of Echoni looking to her for leadership. Approve whatever additional weapon training is required to make this happen.

Operations with Z-9 and Z-23 against the Union have been successful. Small unit tactics seem to come naturally to these units, perhaps a benefit of the exhophage based memories that Heram was so interested in jump starting. The success rate of the Echoni appear to be making the human marine units obsolete and those humans are being shifted to other roles.

I continue to have concerns about the other Echoni looking to 444 for leadership, but Dr. Dorris Muller appears to have other ideas about how to treat our Echoni. I supposed consulting with our artist-types about clothing and uniforms to wrap these creatures in has no bearing on their effectiveness, but does seem to provide some level of enjoyment to members of the assembly.

At least the older Echoni have stopped constantly trying to break things. We haven't had to replace a Mr. Trinket in a while.