Rotislav is an icely planetoid in orbit around Bruno in the Hawking System. 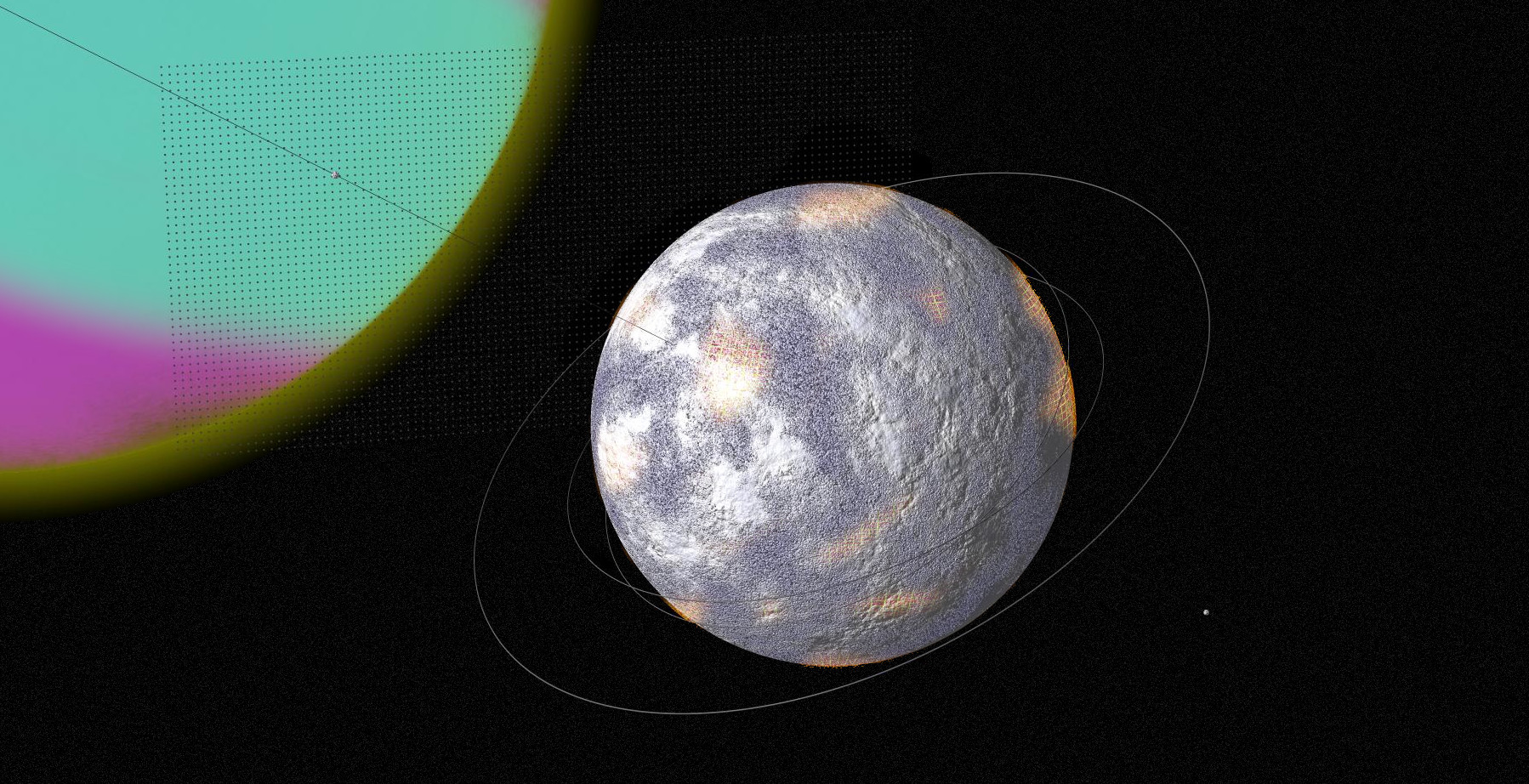 
Rotislav was settled in 2181 as one of the first human settlements in the Hawking System. The 'settlement' itself was quite small, consisting of space for only about a dozen people to maintain the infrastructure needed to export water from the ice planetoid.

In 2305 construction of a metal loop just under the surface of the planet to pull power from the orbiting of the gas giant Bruno was completed, providing a vast amount of energy for the planetoid and over the next few years many new constructions projects sprang up as 'Rotislav Megastructures' started to produce a wide range of large scale projects in the Hawking System.

By 2320 Rotislav became a major hub for construction and production of starships in the Hawking System. It was here that the American Union had decided to scrap all of their support craft designed by the Magnetic Assembly just prior to the New Years Revolution in the Hawking System, and was also a major location for many small skirmishes during the New Years Revolution with forces loyal to the Magnetic Assembly surprising and suppressing those loyal to the American Union.

Rotislav is home to massive automated production facilities that were originally used to settle the Hawking System, and have sense formed the basis for every large scale project in the System.


Rotislav is surrounded by two major Lofstrom Loops. The smaller loop closer to the surface of the planet is mainly used for launching heavy cargo into high orbit around the planet, while the secondary launch loop located further out is used both for sending ships on interplanetary trips and decelerating cargo from orbit so that it can be collected on the surface.


An Orbital Ring around Rotislav, close in size to the smaller Lofstrom Loop, is used mainly as a testbed for orbital ring technology, with the goal of being able to build such rings on even grander scales in the future. It mainly houses transportation between major sites on Rotislav and various scientific packages for use by the Magnetic Assembly.


The low gravity of Rotislav makes construction of space elevators much easier than on worlds like earth. These are often used to transport people to and from the surface of the planet as well as pump water up to waiting starships.


Situated in a semi-stable orbit between Bruno and Rotislav, the Orbital Shade is an array of energy collecting satellites that generate a magnetic field that helps shield Rotislav from the harmful radiation of Bruno.


A massive complex of under-ice landing areas for starships, factories, underwater gardens, and server farms. Rotislav Megastructures is where much of the infrastructure of the Hawking System was built in the early years and its production capability has continually been expanded to produce other large-scale structures like space habitats and power collection systems.

This page has been seen 305 times.