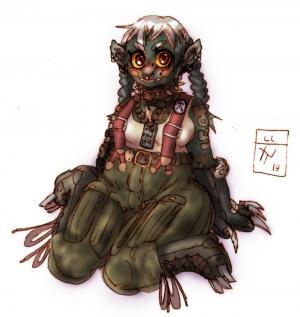 Oh come on, that's not even the one with high lewdability! Get them up on the wiki already!
U