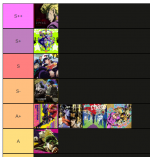 
A Tier. This was their first attempt at a JoJo opening and its amazing. Really nails the feeling of being at the start of some massive adventure. Great visials, good song, this is the standard for Jojo openings.


The best Jojo. The song has that Guile Theme dissonance going on and combined with the visuals you just want to go punch something. It feels more action packed than Phantom Blood. A+


Great for what it is, the start of a long journey, has enough of the old stuff and the new stuff to bridge the distant past with the more modern Jojo. It absolutely nails the road trip feel of the series. Easily as good as anything that comes before. A+ Tier


I'm actually not a huge fan of this one, but it does Signal that everything you know has changed! We're done with the roadtrip and closing in on Dio. It really signals that we're reaching the end. If that is all that happened this would sit solidly as A tier BUT that thing happens in the later version of the opening. For that alone I'm bumping it up a full tier to S-. It has some great new ideas but its just not as good as some of the later openings.


Part 4 is the perfect JOJO part. We just had 3 parts of the world is in danger stakes, now its time for Joseph's son to go get some itallian food. The stakes are WAY lower here and the music matches the tone shift well.

The song is also absolutely nuts! Easily one of my favorites. Its high energy and its hard to not be having fun when you listen to it.

THEN add in that the Intro changes over the first few episodes as the characters get their stand powers! Super creative. Love it. Easily S tier and one of my favorites. 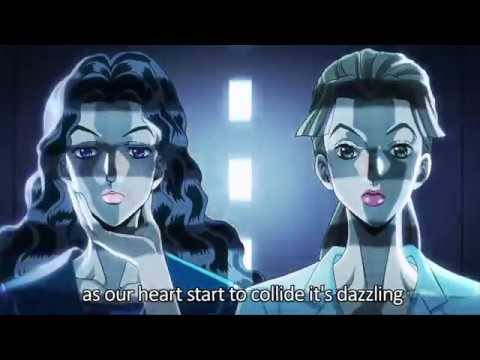 Just wanted to see how it would look with the actual introEnglish Full version here: https://youtu.be/LMoqqb9ocCQEnglish Cover by Gezeus

A perfect mid-season JOJO theme. You're already involved in the series so it doesn't bother with doing an opening riff and then leading into the actual song it just sorta starts out in the middle of. 'I'LL ALWAYS CHSAE YOU' is fantastic because in this season the Jojos could easily just stop chasing the villian of the story and be fine.

This is a great song, great visuals, great opening. A+ Tier

※ Disclaimer• Companies that claim rights to my videos are entitled to themonetisations and will earn a profit from my videos if theydecide to monetize them....

Possibly my favorite 2-3 openings. You know something is up when you see Kira looking at you at the start.

Watch on in HORROR as Bites the Dust kicks in. Your heart just drops when you realize just how unbeatable Kira is. This practically confirms any worries you've had about who's going to survive when you started. Absolutely S Tier. Better than S, This goes all the way to S+! The overwhelming HYPE of this happening as the final fight starts is why I rate this so highly even if I don't think the song is as good as some of the others.
Golden Wind 1 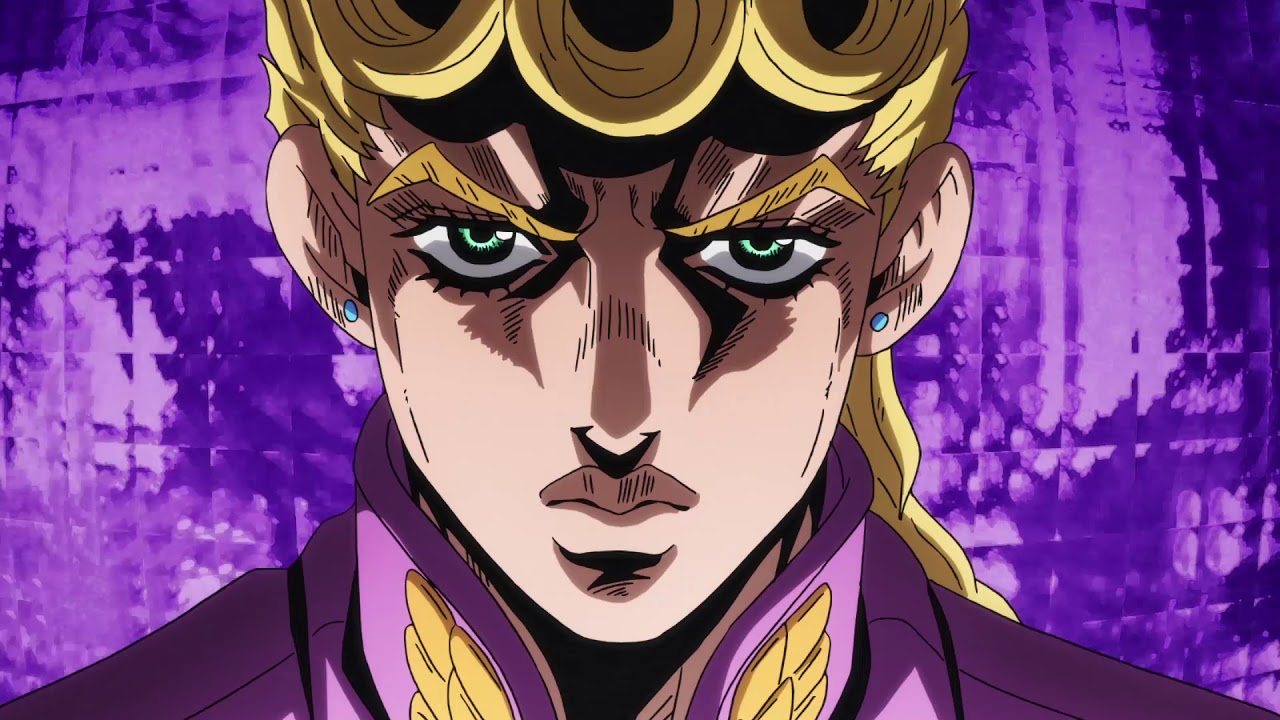 That opening is killer. It gives you a bit of a run up to get used to this being a new story with new characters. The visuals are great, song is great, really gets the hype going. Certainly better than the original intros but it doesn't do anything so far above and beyond as the other openings.

Its hard to talk about this without going into spoilers. Like the best intros it has a bit of a breather at the start to signal that things are about ot start then the usic kicks in and the hype starts building. Visuals are great, the desperation can be felt in the music, our heroes are rising to a difficult challenge...

The absolute pinticle of Jojo openings. The Song is amazing, the visuals are amazing, and then we hit the first reveal! We know what's going on now with the blood droplets and it plays out like the Stardust Crusader trick. Fantastic.

Then we hit 2-3 and its not just the power we understand. Even the Opening is trying to kill our heros!

AND THEN WE TOP EVEN THAT! Hype.jpeg. GOLDEN EXPERIANCE REQUIEM! It doesn't matter that the villain can control the intro, Giorno can reach him even here to deliver retribution. This intro is great and it tops itself again and again!
Absolutely S++ Tier 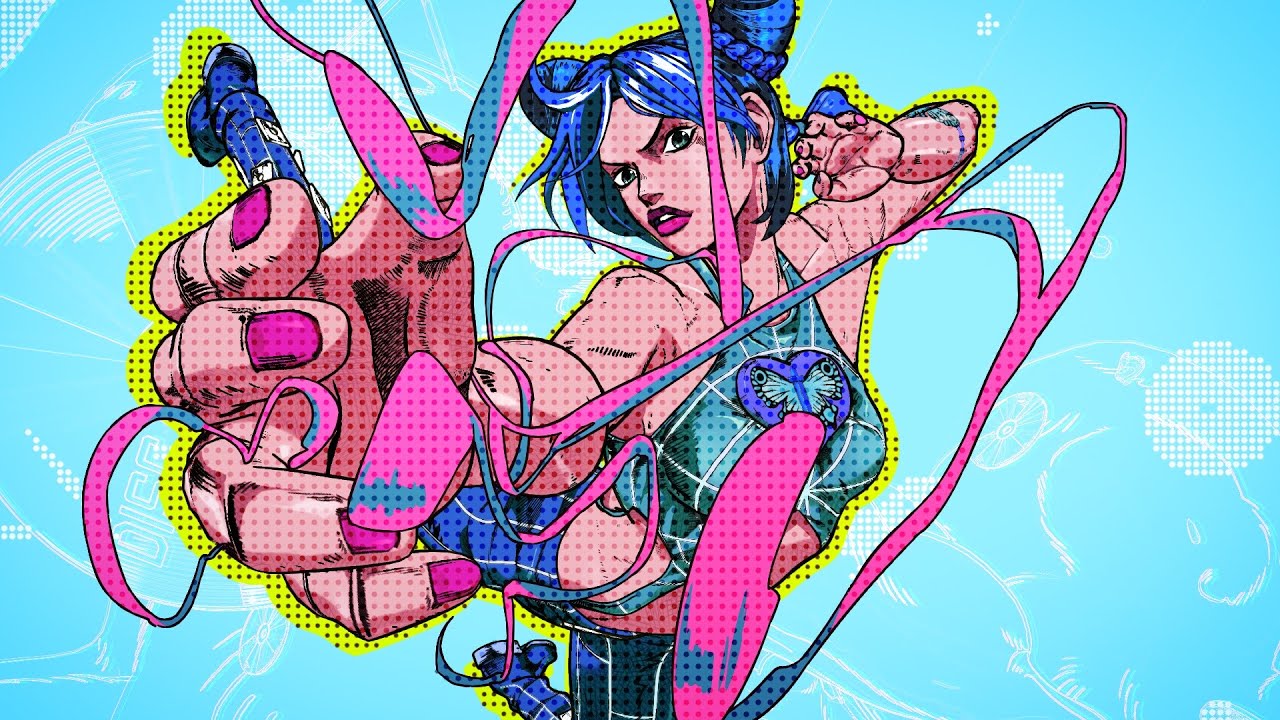 This song jumps right into things so it feels like more of a mid-season jojo opening, otherwise the song is great. The visuals are also some of the most colorful and complex of the series. I'm leaving this as A+ though that might change once I get through the first part of stone ocean. 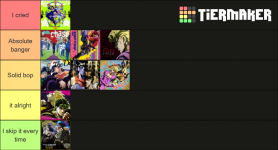