Wiki Moderator
The Commonwealth's space combat doctrine is that of modularity: ships can be brought into port, entire modules quickly exchanged for mission profiles: specifically, the action module. The rapid modularity introduces an interesting conundrum to ship naming, especially given the travel time of information in the setting. Larger ships, namely cruisers, wouldn't go through drastic changes to function quickly, allowing for the entire space command to be informed of their refits well ahead of time, but smaller ships such as corvettes could go through an entire functional change within 24 hours.

It may be simple, when addressing a GDW military vessel for the first time in a conversation or document, to state its name and its relevant functional configuration.

The Assault-Config Berlin first encountered the pirates two months ago. After light damage, the Berlin returned to Otto Shipyards for repair and refit, before placed into orbital defense around Magnuski Station. The Picket-Config Berlin remains in the station's orbit to this day. However, with the war escalating with the Soyuz, the Berlin may have to be pulled out of routine asteroid defense and go on the offense against the Slavic forces.
Click to expand...

With that in mind, ship classes are determined primarily by the combination of their command/utility module and their engine. Engines are to be designated by M####-$$ by space command, the first digits being the base engine and the second digits being the modification number. The name of the engine can be determined by the manufacturer. Command modules are similarly designated, being C####-$$.

The combination of the command module and the engine form the class of the ship. Add on the action configuration, and most of the information of a ship can be gleaned from its complete name.

The text in blue, as mentioned before, is tells the combination of the command module and the engine. The text in red describes the ship's primary purpose.

The text in orange is the ship's actual name.

Corvettes are to be named after horse breeds or agricultural plants, the latter a nod to space-dwellers, plants being the primary, macroscopic living things they interact with on a regular basis. Names can be found here: https://en.wikipedia.org/wiki/List_of_horse_breeds https://www.agriexam.com/plant-names. Scientific or common names are both acceptable.

Frigates are to be named after cities and space stations. Space stations of GDW ownership are historically named after European and Arabian scientists, engineers, and astronauts. 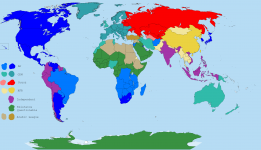 Finally, Cruisers are to be named after Nordic, Greek, and Iranian pagan gods and heroes associated with the respective mythologies.

Staff member
Wiki Moderator
This makes me wonder how the GDW approaches the module problem that plagued the US Navy when they tried this concept. Do they build new modules as needed? Or do they have a large supply of modules somewhere?

Or is it more like they just have a few specialty modules to swap out in case they are needed? Possibly with some big stockpile of old modules just in case things need to be rapidly surged?

Wiki Moderator
The latter. Larger ships like cruisers will have a harder time getting refit due to the immense complexity, but the back bone of the GDW fleet, corvettes and frigates, will have specialized modules that can be attached and detached in relatively short time. Picket, artillery, missile, assault, recon, etc.
You must log in or register to reply here.
Share:
Facebook Twitter Reddit Pinterest Tumblr WhatsApp Email Share Link
Top